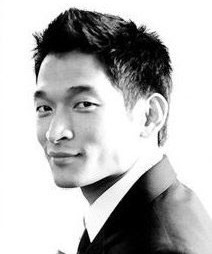 For as long as I could remember, I always knew I wanted to make a living doing something art related. As a child, I drew all the time, mostly superheroes from comics, motorcycles and cars. I collected comic books, not because I was interested in the stories but because I was inspired by the art. Growing up, Jim Lee and Alex Ross were my favourite comic book artists.

By the time I was in high school, I wanted to design cars professionally. I attended BCIT for Mechanical Engineering, with a plan to bridge over to Transportation Design over at the Art Centre College of Design in Pasadena. However my plans changed when my student loans stacked up. Immediately after graduating from BCIT’s Mechanical Engineering program I was hired as Mechanical Designer at Imagenex Technology Corp to design sonar equipment. Over the next four years, I learned a lot on the job professionally, but what I mainly learned was that it was not what I wanted to do for the rest of my life. I didn’t feel challenged in a creative/artistic sense.

This led me to going back to school to learn Digital Animation in BCIT. Within the first week, I knew I had made the right choice. I felt my passion for art come back and felt for the first time that I was on the right career path.

I’m currently working as a senior 3D Character Artist for Animal Logic on a DC/Warner Brothers animation feature. Prior to that I had the opportunity to work on “The Lego Movie 2: The Second Part”. This is by far one of the highlights of my career, I grew up collecting Lego so getting to work on a Lego feature film was a dream come true. And quite a lot of what I modeled for the movie were turned into official Lego toy sets. Part of my role there was also to model assets that would be composited into live-action shots, this allowed me to really flex my organic sculpting skills as I had to sculpt a hyper realistic spider using zbrush, then retopologize in maya so that it could be rigged and animated easily.

I have also led and supervised modeling teams for over five different animation productions. My specialty is 3D characters. I’m highly experienced in modeling, rigging, creating faceshapes and texturing for characters. I’m also at the stage in my career now where I feel like I have gathered enough knowledge and experience to pass on as a mentor to the new batch of artists coming up, advice that I would have given myself as a young artist just getting into the industry.

When it comes to making cool 3D characters, I consider myself highly motivated and passionate. I’m always looking to continually improve my craft, by learning new software or by learning techniques from other artists. Even with 13+ years of professional experience, I feel like I still have a lot to learn and this is what fuels me to keep evolving as an artist.

When it really comes down to it, my goals are simple. I just want to be proud of the work I do. The only way I know how to that, is to be passionate about my craft, and to continue to push myself both professionally and as an individual.